It is undeniable that anything that lacks scientific proof and has not been through proper research has to face criticism. The same goes for a herb that we call Kratom.

Kratom is also known as Mitragyna Speciosa, and the leaves of the Kratom tree are harvested to be consumed to meet human needs. Although it has been in use for years, it has plenty of misconceptions; there is barely any sufficient amount of research done on it.

However, we have played our part by presenting to you the answers and other information we came across about this strain. So, buckle up and clear all your doubts!

What Is Super Green Malay Kratom 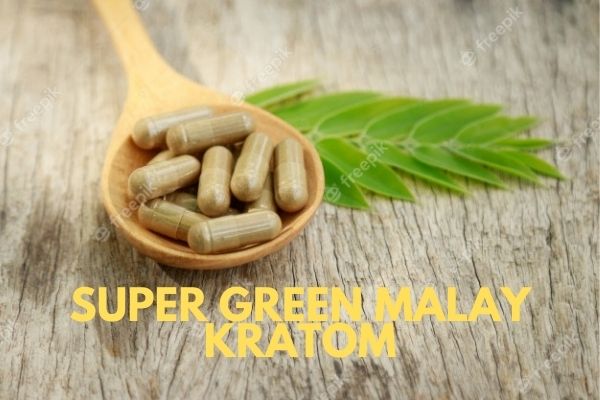 Super Green Malay Kratom is formed when the qualities of Red strain and Green strains come across. It is believed that this particular strain is the Ultimate Elephant Kratom strain. However, this is not always the case. Some manufacturers do produce it by Elephant leaf, but others go for the traditional plain leaf. The strain is said to help increase motivation, improve focus, improve sociability, and induce warmth.

This strain is also called Super Green Malaysian. As the name indicates, it is far more potent than regular strains. Consequently, it is a bit expensive for the pocket. All Green vein strains go through the least processing because they are just dried. Processing changes the end product. As this strain has high alkaloid content, it is a stronger version of Green Malay Kratom.

The leaves of this strain are oval and possess a dark green hue. Due to the shape of its leaves, Super Green Malay Kratom is also known as Elephant Kratom. The leaves have a shape similar to the ears of an elephant, and yes, they are big.

Having unique cell wall diversity, caused by the weather they are grown in and also the soil. As the leaves for Green and White strains are harvested before they mature, the farmers collect them in bulk. Furthermore, they are dried in the sun or shade, and later on, they have been shredded accordingly.

What makes this strain costly compared to other strains is the extra labor involved. A step used in its production is that the laborers remove the stem, which has low alkaloids. Later on, the leaves are crushed and grounded to prepare a fine powder.

It is not just that this strain is strong but also has different characteristics that help in recognizing it. Let’s discuss one by one what are the characteristics of a real Super Green Malay Kratom;

The forests of Malaysia have enriched soil, which blessed it with the unique taste and amazing potency. So, if you want to get your hands on a genuine product of this strain, make sure it is cultivated in Malaysia.

The high quantity of alkaloids makes it smell more earthy. Suppose it smells like dust, then it is surely not a genuine one. It would help if you always went for the strain, which has an enriched smell that drives you crazy.

The packaging plays a vital role, and if the strain is lumpy or smells bad, then you must without a doubt consider it to be poor. However, the genuine strain will make you encounter a smooth experience full of benefits.

What Are The Available Products For Super Green Malay Kratom?

Like many other strains, this one also has an array of products to offer. Ranging from capsules, extracts, and powders, it is easily found with vendors. Let’s have a better know-how about some famous forms of Super Green Malay forms. 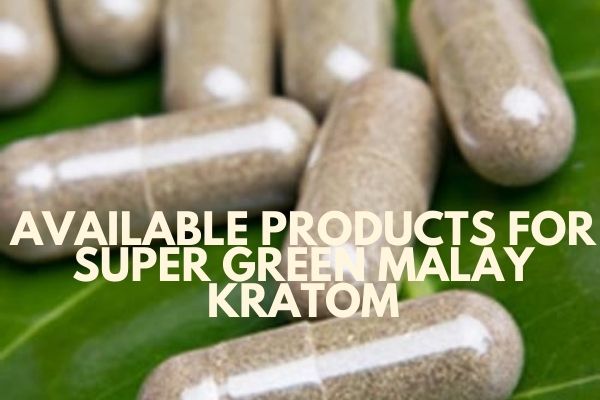 Compared to capsules, the powdered form of this strain allows you to consume it in multiple ways. Besides brewing it into tea and using a toss and wash method, Super Green Malay in the powdered form can be taken in many other ways. However, a drawback is that consuming it in powder form will make you encounter its taste which the users do not always like. Moreover, to lessen the taste, it is often mixed with dessert.

A convenient way to take Super Malay Kratom is by consuming it in capsule form. You can swallow the capsule, and also you would not have to taste the bitterness. This is a plus point with capsules that have a vegetable coating storing the powder inside.

What Strains Have Similar Effects As Super Green Malay Kratom?

Like the rest of the strains, Super Green Malay Kratom also has similar strains. Although these strains can be stronger or milder than this one, they serve almost the same purposes. Let’s get to know what these strains are;

This strain is not necessarily easily found, but if searched through, you can find it. It is mainly used to help with focus and stimulation. Unlike Super Green Malay, this strain does not make you end up, and so, you can take it in the morning as well, even if you have to stay up the whole day.

This strain is stronger than Red Malay Kratom and also requires a low dose to be consumed. It helps reduce discomfort and also gives sedation.

Maeng Da is a Thai term, and these strains are potent. Coming towards Super Green Maeng Da, it can be more easily found than Super Green Malay Kratom. Its effects, including mood uplifting, improved focus, and stimulation, are similar to Super Green Malay.

Just as Super Green Malay Kratom, Green Malay is also cultivated in Malaysia. As soon as the veins are turned green, it is harvested. They are not left for longer for full maturity, but they are harvested in the middle.

The leaves of this strain are not fully green but contain more red or white tints. The more alkaloids it has if its leaves are bigger. Mitragynine alkaloids are found in abundance. It serves those the best who have not experienced some intense Kratom strains. Like other strains, the dosage for this strain also depends on many factors, including your age, weight, and medical history.

The size of its leaves can vary between one to eight inches in terms of diameter. The leaves possess a dark green shade. Moreover, it has gradual energy effects, and by purchasing a good quality of this strain, you can reap great benefits.

Finally, now you know the logic behind why Super Malay Kratom is also known as Elephant Kratom. It is the shape of these leaves that makes them stand out. Besides being a strong strain, it has long-lasting effects and is versatile. This ends up giving it the title ‘The Jack of All Trades.’

It holds a good amount of alkaloids, including active alkaloids like Mitragynine and 7-Hydroxymitragynine. The qualities make this strain one of the highly demanded stains. If you care about your fellows and want to increase their knowledge about Kratom, don’t forget to share this article.

This strain is called Elephant Kratom because its leaves are big and oval, looking more like the ears of an elephant.

Although their effects are pretty similar, White Malay Kratom does not make you feel sleepy afterward but lets you stay up and perform tasks. Moreover, this strain is not always that easily found.

No, although they have pretty much similar names, super Malay Kratom is far more potent and has to be administered in small doses.