What the best kratom dosage? Am sure that is a question you have read from the online community, or someone out there has asked you that question. To us, that is a common question, and we get asked that question all the time, and we thought how about we clarified to everyone here on the kratom dosage.

However this is not just a topic for the veteran kratom users (experienced users) or the first timers no, it’s a topic for those who have no clue about what is kratom and would love to find out what it is and how they would benefit from the natural herb. 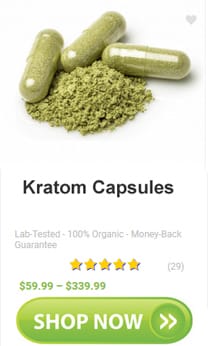 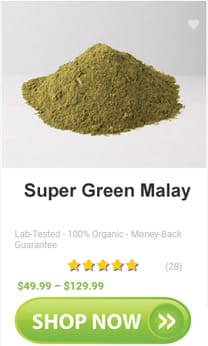 Contents show
1 What Is Kratom?
2 Why is kratom so exceptional and why the therapeutic benefits?
3 Kratom Strains
4 Impressive Benefits Of Kratom
5 Pain Reliever
6 Overcoming Addictions
7 Reduces Stress, Anxiety, and Depression
8 Focus on Your Work or Studies
9 Kratom Improves Your Motivation
10 Different Forms Of Kratom
11 Best Kratom Dosage For First-Time Users
12 Best Kratom Dosage For Experienced Users
13 Best Kratom Dosage for heavy (Veteran) users
14 What Are the Side Effects of Kratom?
15 Conclusion

Its botanical name knows kratom as Mitragyna Speciosa or by other names such as” Biak” “Ketum,” “Kakuam,” “Ithang,” and “Thom.” For those who say that kratom is an opiate just because it stimulates well here is some piece of information for you, kratom isn’t a drug, but it’s a native tree belonging to coffee family and its native to south Asian countries such as Cambodia, Borneo, Thailand, Malaysia, Indonesia among other countries. The tree has been used for hundreds of years by the native people in this region not just for stimulations purposes but for energy boosting, combating fatigue, increasing productivity and treating medical conditions which we shall highlight later in this article.

Why is kratom so exceptional and why the therapeutic benefits?

The composition and pharmacology of kratom have not been thoroughly studied, and researchers are still discovering new structures, but there are over 40 different alkaloids in kratom. The two significant alkaloids that are solely responsible for the psychoactive effects of kratom are 7-hydroxymitragynine and Mitragynine. On top of other impressive benefits of kratom, you should know when the right dosages are consumed kratom doesn’t have side effects compared to pharmaceutical drugs. It’s cheap affordable and readily available in states where it’s allowed.

Now that you are aware of what kratom is and I have cleared the air on its origins and how it was used what about we look now on the benefits of kratom which scientists have discovered so far associated with taking kratom. These benefits will form the basis of understanding the right dosages for each kratom strain.

One of the major and perhaps one of the primary reasons why people take kratom is because of its pain relieving properties. The alkaloids in kratom usually act as opioids, but unlike the opioids, kratom isn’t addictive. The alkaloids merge with the opiate receptors, which in the central nervous system and trigger the release of endorphins and enkephalins, which numb the human body pain receptors. So for those who are suffering from headaches, chronic backache, osteoarthritis, rheumatoid arthritis, fibromyalgia, joint pain, no name a few kratoms can do the work.

It’s worth noting that kratom isn’t an opiate and it belongs to the coffee family. However, kratom usually activates the opiate receptors in a human’s brains and usually bonds with the receptors before an opiate does that. This process has helped with easing of addiction and curb addict’s cravings for drugs such as heroin, and alcohol. It’s a natural herb that also reduces symptoms of opiate withdrawal such as anxiety, cramps, nausea, vomiting, and insomnia, among others.

If you are under stress or suffering from anxiety and maybe depression in worst case scenario, kratom can be of help since it soothes your nerves and elevates your moods. What happens is that by nature it’s a psychoactive substance and it releases serotonin and endorphins which improves your feelings. When you are in an uncomfortable situation, kratom will calm your nerves and help you out with issues of social anxiety. Remember it alleviates other symptoms such as sweating, muscle cramps, insomnia, hyperventilation, which makes it very ideal for anyone with conditions such as PTSD, chronic stress, panic attacks, and many other problems.

Focus on Your Work or Studies

I have highlighted above that kratom improves your overall productivity. When you take kratom the alkaloids 7-hydroxymitragynine and mitragynine, act on the opiate receptors helping you to work harder with more focus than average. Kratom also triggers the release of acetylcholine, which its primary role is to calm you down. In addition to this, kratom also releases relaxing neurochemicals such as serotonin and dopamine, which help a user to increase their focus and the task at hand. So if you are studying or your job demands attention to details and a lot of focus, then go for kratom.

When your opioid receptors in the brain are activated, this gives the brain some motivation and the will to get things into action. Usually, the sympathetic nerve is activated, and the release of noradrenaline and adrenaline occurs spurring the person into action. Dopamine and serotonin are also released, and these are two significant chemicals for boosting ones motivation to handle something.

Now that you are aware of the kratom benefits, we can’t skip on the various forms of kratom available since there is a direct relationship between dosage and the type of kratom. 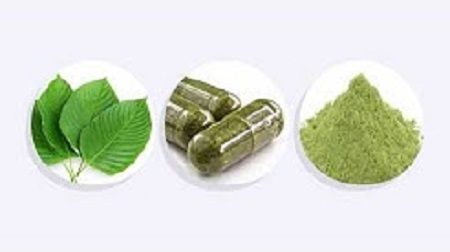 For the starters, it’s always advisable to kick off your kratom intake with capsules since they have fewer side effects and it’s not easy to take an overdose. Powder kratom should be mixed with beverages, tea, or coffee to avoid bitter taste. On extracts, unless you are a veteran user do not take extracts since they are very potent.

Now that you have learned everything that there is to know about kratom, why not get into our initial topic where we attempt to answer, which is the recommended kratom dosage.

Before getting into details, let me first make you aware that dosage varies between kratom users. The effects of every dosage will vary between individuals, and it’s not uniform. Since kratom is similar to all other herbs or pharmaceutical drugs, it’s always advisable to start small as you work your way up measuring on exactly what you need to take to get where you want to be. So in case you are just starting on any strain start with 1-1.5 grams. It’s a minimal dosage yes, I know that, but you might be shocked it will deliver the results. If nothing is happening, then you can increase the dosage by a gram.

Also, as a beginner goes for kratom samples packs so that you can be able to experiment on different kratom strains.

Note you need to be patient with the effects since it takes between 20-25 minutes to start feeling the effects.

When you started taking alcohol, or coffee the few first weeks, just a small portion of the beverage had effects on you but as days went by the small portion wouldn’t work, and you needed more. Similar to such a scenario when you take kratom, you get used to it, and you need to increase the dosage to experience some effects. As an experienced user, you need around 4-8 grams of the kratom dosage so that you will experience precisely the results that you need.

What Are the Side Effects of Kratom?

When you take kratom in overdose, then you will experience adverse side effects. Kratom is similar to other drugs, and when abused, then you can expect to feel some unpleasant side effects. Here are some of the common side effects of kratom caused by not following proper dosage. 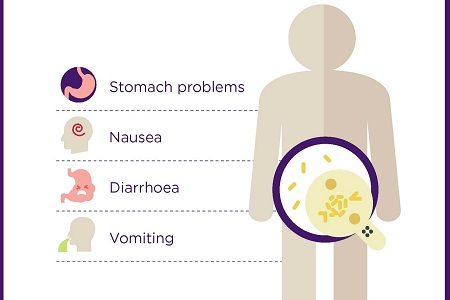 Do not take kratom without following proper dosages. Kratom is similar to other drugs, and caution should always be adhered to. When you don’t follow the right dosage guidelines, then you can expect adverse side effects. Always consult your doctor or your dealer before taking kratom. Please note do not take kratom when you are breastfeeding, pregnant, or you have a mental disorder condition.