As you might already know, loose-leaf ketum tea is usually considered the best for making ketum tea. But there is also a problem, there might be many things and facts that you don’t know about Mitragyna Speciosa, or it’s tea for that matter.

And there still are many confusions about ketum that are yet unanswered. But today, we will tell you about Ketum tea and how to use Kratom Tea Bags, and also, we will answer the most asked questions about ketum tea.

It would help if you learned the particulars of the Kratom Tea Bags before using them. You can optimize your regular kratom routine if you know how to use them properly. Also, everyone loves a steamy hot cup of tea so let’s start learning how to use Kratom Tea Bags.

So, the first thing we will look at is the top strains for the brewing of ketum tea. 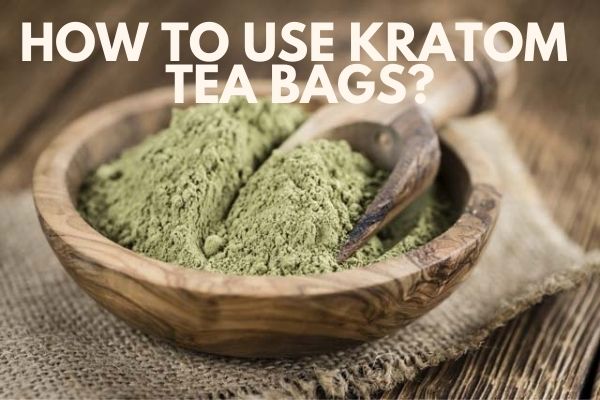 Firstly, Everyone believes that the best ketum tea can be brewed with loose leaf ketum tea. The loose-leaf ketum tea helps quantify the suitable dosage for one cup and makes it easier to estimate.

The different types of loose-leaf ketum tea are as follows:

How to make Mitragyna Speciosa tea without using a filter?

How To Make Kratom Sun Tea?

The best kind of Mitragyna Speciosa Tea to store or prepare is the Mitragyna Speciosa Sun Tea. You can make it one time and use it the whole week. You can also use this tea when guests are over or at a get-together. This tea works powerfully on these occasions.

If you brew your Mitragyna Speciosa Tea with the help of UV light instead of stovetops, then the tea brewed might be weaker than your original dosage.

How to make Mitragyna Speciosa tea with the help of a strainer?

Is Mitragyna Speciosa Tea Stronger Than The Powder?

Is Will boiling Mitragyna Speciosa kill the Alkaloids?

No, this is not true. This is just a myth that has been among Mitragyna Speciosa users for a long time. The alkaloids in Mitragyna Speciosa are usually stable at temperatures above the water’s boiling point. Mitragynine is usually the most liberal alkaloid in Ketum.

Tests have been performed on the Mitragyna Speciosa tea to check the amount of mitragynine present in the liquid tea when cooled down from the boiling temperature.

Other Teas Vs Mitragyna Speciosa Tea 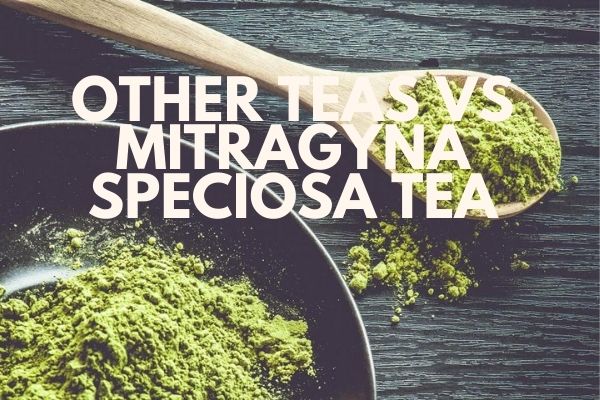 The most famous tea worldwide is Green Tea. Green tea is also known as the tea with the most caffeine. This tea is green in color because it is extracted from the very freshly plucked leaves, which are not withered or oxidized before being used.

Green tea has a delicate but acidic taste. It can be particularly bitter if it’s brewed for a long time. Since the tea leaves are very fresh, green tea tends to contain a lot of chlorophyll, vitamin C, minerals, and tannins that other types of teas usually do not have.

Black tea is another kind of caffeinated tea that is very common among people. It’s used very commonly in iced teas in the US. It’s also used to make different teas when combined with other things like the bergamot oil to make the Earl Grey Tea; it’s also used with the milk and spices to make Chai.

The taste of the black tea ranges. Notably, it can be light and sweet with a bit of honey, or it can also be extreme and spicy with a bit of floral or coffee or even chocolate. If the tea is of bad quality or brews it badly, the tea can be significantly bitter.

So these were the ways to make kratom tea efficiently and effectively. You can try it and update us about how the experience was for you. Keep in mind to try every strain and check which one works perfectly for you.

Also, you can try a unique thing too. Try adding other teas like green tea in your tea, and you will get even more health benefits. Learning how to make Mitragyna Speciosa tea will help you maximize your daily Mitragyna Speciosa routine.

Could you put kratom powder in the tea bags, or should we only use leaves?

Kratom powder is usually the way people make tea. When people talk about kratom tea, they add the powder to the boiled water and mix and drink it.

But many people won’t enjoy that as much because when people think about drinking tea, they imagine putting a teabag filled with leaves in the water and then drinking it. People usually don’t like to drink tea when there is powder. But there is another way to strain the tea efficiently, and then you can enjoy the tea without the powder.

Is it okay to put the Kratom tea bags directly in the boiling water?

Kratom tea bags are just like regular tea bags, and of course, you can use them the same way but do keep in mind that don’t ever put them in boiling water. Instead, what you can do is use hot water for the tea.

If you use boiling water, there are chances that the teabag might explode, and it is obviously dangerous, but it can make your kitchen very dirty, and you surely don’t want that.

Which one of the kratom strains should you use for brewing the tea?

You can drink this tea to feel refreshed whenever you feel a little low and have agony in your body. Maeng da re-energizes you and makes you feel good. Also, maeng da is not a sedative, so you don’t need to worry about feeling drowsy.