Kratom has dozens of strains available for everyone. Some are well-known but others aren’t known to experienced users. Elephant Kratom is one of those lesser-known strains. Users often are looking for a particular experience when trying kratom. Unfortunately, some people don’t have any reactions to the strains they tried. If you are one of those people, Green Elephant might be the option for you.

Green Elephant is one of the rarer strains of kratom. It gets its name from the floppy, large leaves it has at maturation. The shape is similar to elephant ears too. This type of kratom is known for being one of the best when it comes to having many alkaloids. Some users even refer to it as Super Elephant kratom. Like any other type of kratom, it comes with three veins: white, red, and green. Each vein depends on the drying process.

Where is Green Elephant Sourced?

Green Elephant Kratom is grown and harvested in Indonesia. It’s harvested from the Northwest area of Sumatra Island. It’s cultivated by the Ayurvedic natives and farmers. The climate of the island makes it the perfect environment for this strain of kratom.

What Are the Key Features?

What Are the Main Alkaloids? 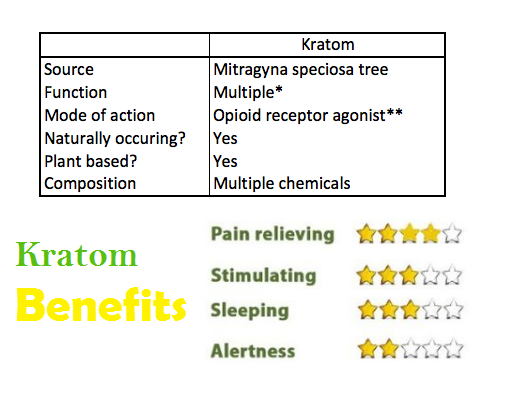 Green Elephant has many alkaloids. It’s considered to be one of the highest alkaloid strains available. This is because the leaves are large and mature when harvested. The more alkaloids, the more potent a strain of kratom is. The main alkaloids present are mitragynine and 7-hydroxymitragynine but mitragynine makes up 82% of this strain’s alkaloids.

Alkaloids have been found to potentially aid in pain relief, stabilize mood, and may help with addiction. Although, it should be noted there isn’t sufficient research to claim it can help but the research is promising.

What Can You Expect with Green Elephant?

Your experience with Green Elephant will vary based on many factors. Some factors that will alter your experience are your age, weight, how you metabolize kratom if you are taking any other medications, and how you take kratom. For example, users report different effects consuming it in powder forms versus taking capsules. What is known about what you may experience is a mixture or a more balanced effect? This is thought to be due to the properties of the white elephant vein and the red elephant vein.

Users believe it takes the stimulating effects of the white and the calming and pain-relieving effects of the red to make it more balanced. This strain is popular among students for the perceived effect of concentration and alertness. Those that are seeking pain relief without the heavily sedated effects tend to gravitate towards this strain. Many looking for a mood-lifting kratom often choose this strain.

However, Green Elephant isn’t recommended for first-time users because of the sedation effects users often report.

What is the Dosage?

The dosage you’ll want to take will depend on several factors. Your age, weight, type of kratom, how you take it, and how you metabolize it will all affect your dosage. For example, many that are taking kratom for pain-relief prefer capsules over other methods because it lasts longer and slow releases. The powder will act quicker than other methods but don’t last as long.

It should be noted that the FDA doesn’t endorse taking kratom and there isn’t a recommended safe amount to take. Vendors will put a guideline on how much to take. Before taking kratom, speak with a medical professional because it does come with a risk for overdose.

How Popular is Green Elephant?

Elephant kratom, in general, isn’t one of the more popular strains. It’s more commonly used when other types of green vein kratom aren’t working out. Despite it being one of the most potent types, users still prefer other types of kratom over taking Elephant kratom. Out of the three veins of white, red, and green users prefer the Green Elephant. Users like it for the mixture of the white and red vein properties. This strain is more common among students and not used by first-time users like most green strains.

Where Can You Purchase Green Elephant?

The American Kratom Association recognizes vendors that sell and meet their strict quality standards to selling kratom. However, the only Elephant kratom available is in the white vein. Green Elephant can be purchased by other sites but none that are recognized by the American Kratom Association. For some, it might not be a big deal. Although, those that are looking for quality kratom might opt to try another green strain instead of going with a vendor that doesn’t have 3rd party lab testing.

What does the Reddit community say about Green Elephant?

A- The community is mixed when it comes to any Elephant strains. Some users say they don’t notice any effects. Others say it helped with mood improvement and concentration. A few mentioned mixing different Elephant strains to get an effect.

A- Capsules are more convenient, more palatable, take longer to get any effects but slow-release, so it lasts longer. Capsules do tend to be pricier than other forms of kratom. Powders are cheaper and quicker acting. The downside to powder is kratom has a strong taste that many don’t prefer. It also can be harsh on the stomach for many users.

What strains are similar to Green Elephant?