Kratom is an incredibly fascinating species of plants. It has been cultivated intentionally by humans for almost as long as any plant has been grown intentionally.

The reasons for this are many and entail a great deal of history regarding humans and the way we live in the environments around us. Researchers believe that Kratom first began to be used for its beneficial effects on pain.

A particular class of alkaloids found in high concentrations within the leaves of Kratom fit perfectly into the brain’s natural opioid receptors. Kratom is not the only plant to have similar alkaloids, another popularly known one is opium or the poppy plant.

How Does Gold Vein Kratom Exert Its Effects On The Body?

Some alkaloids have pharmacological effects on the body’s neurotransmitter receptors within the leaves of the gold vein Kratom. These alkaloids have a particularly strong influence on the mu-opioid receptors.

This network’s activation signals the body to reduce incoming pain signals, so you experience less pain perception. Another side effect is the release of dopamine into the nucleus accumbens and stratum of the brain.

As dopamine floods into these regions of the brain, mood lift is often felt by people who have ingested the plant. Sometimes this is an unintended side effect, but others it is a sought after as part of the experience.

So in review gold vein Kratom exerts its effects on the body primarily by modulating how the opioid and dopamine networks operate within the brain.

Gold vein Kratom is one of the newest additions to the Kratom family. It was first created as the result of part of the manufacturing process.

As such, gold vein Kratom is not named because of the names of its veins. This is different than how every other type of Kratom is called.

Gold vein Kratom is considered easier to ingest and has a less harmful effect on the user’s gastrointestinal system. No matter how people consume, alternative forms of Kratom gastrointestinal distress is a collective experience among many people.

The most popular use of gold vein Kratom throughout the world is as a productivity aid for workers that need the endurance to make it throughout the day while performing physical labor.

What Different Types Of Gold Vein Kratom Are Available?

Like most strains of Kratom, gold vein Kratom is available in multiple different formats. The formats all contain the same active ingredients and are only available to ease the users’ ingesting experience.

It is important to remember that dosages vary depending on the concentration of the active ingredient in the format of Gold Wing radium you choose to purchase. 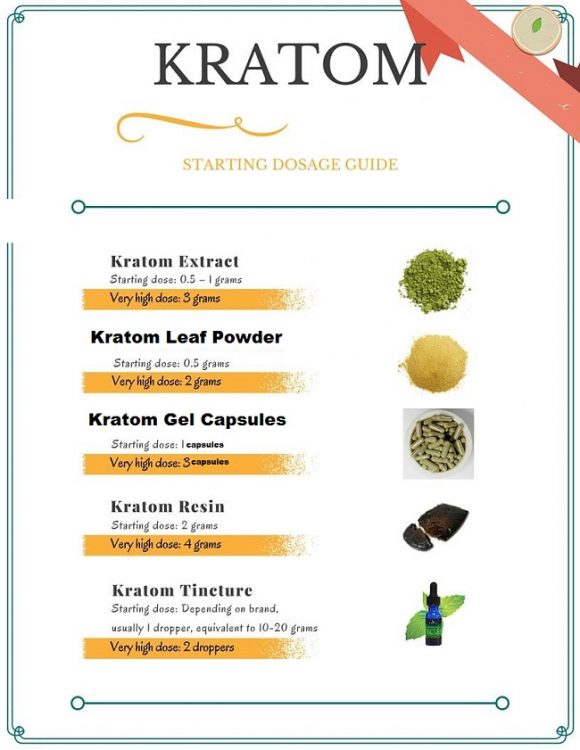 As stated above, the active ingredient is an alkaloid found within the leaves of the plant. An extract is this alkaloid removed from the plant and concentrated into its purest form.

The tincture is similar to extract, but it is liquid instead of crystalline. The tincture is made by dissolving Kratom into a solvent and allowing it to steep for an extended period.

This is very literally the same thing that you do when you make coffee except instead of coffee beans you are using material from the Kratom plant.

Once the plant reaches full maturity and its alkaloid concentrations have peaked, the plant is harvested, and its leaves are left out to dry. After the leaves have dried sufficiently, they are then pulverized until they are a fine powder and packaged.

Kratom capsules are a great way to easily transport a pre measured dose and consume Kratom without having to eat any of the dry leaf Powder directly.

A Note On How To Safely Dose Gold Vein Kratom

The exact dose will vary depending on the format of your choice. You will need to refer to the instructions included with your specific product to ensure the following guidelines are valid.

Kratom is typically dosed at one of three levels when consuming dry leaf powder.

Users consume between 1 and 3 g of Kratom powder, 3 to 5 g, or five or more depending on whether they would like a light, moderate, or heavy experience.

What To Look For In A High-Quality Gold Vein Kratom Vendor?

The best Kratom will only ever be available from high-quality vendors. Like the human body, any plant will only be as healthy as the nutrition it has available.

The Golden Monk vendor only sources the best Kratom possible grown using organic methods and the best nutritional standards. Vendor reputation is always the gold standard when sourcing new varieties of Kratom. User reviews are still the go-to in this industry. Make sure any new vendor you are using has high-quality reviews from many users before making a purchase.

Gold vein Kratom is one of the more interesting strains of Kratom.  It is perfect for people that are interested in trying a little bit of everything. The balance effect profile makes it difficult to say no when offered a sample of this strain. That is not a bad thing all of the time anyway.