Ketum is the most famous talk currently. It has grained worth just recently. This is the hottest topic nowadays all around the world. The fame of this plant has spread like wildfire. Scientific research is being done on it.

Here are some FAQs regarding this plant to determine its benefits, medical uses, and side effects. That has caught everyone’s eye. For people who are not aware of what Ketum is? This article will be a guide for getting know-how about this plant. Who everyone seems to be talking about.

Let’s start with these simple kratom FAQs of all time. So, here it goes. 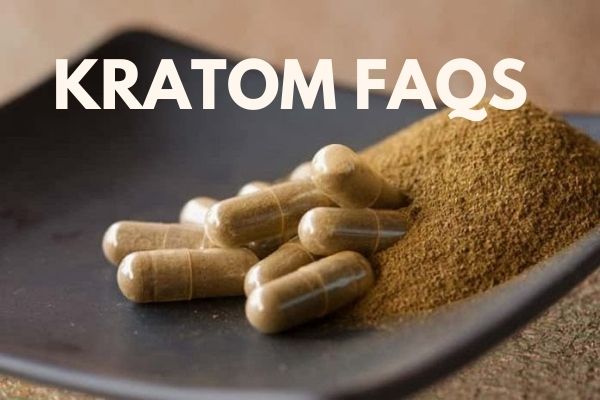 Kratom FAQs No 1: What is Ketum?

Ketum belongs to the kingdom Plantae. Its family is Rubiaceae. The order to which it belongs is called Gentianales of the Genus Mitragyna. Its scientific name is Mitragyna Speciosa.

So basically, it’s a plant present in the southeast of this world. That will be southeast Asia. The nations known to be the house of Ketum are Thailand, Myanmar, and Indonesia. Malaysia and Papua New Guinea are also included in the list.

1- Height of the tree

The plant grows up to be eighty-two feet which are sky-high. In meters, it is considered to be twenty-five meters. It has a thick, thick trunk. Its trunk is one of the best sources to obtain wood. Even wood furniture is made with the help of this plant.

These are the essential part of this plant, as most of its effects are hidden in these leaves. These are wide and long. Unlike the parallel vein system, they have a network type arrangement of the veins. The outer appearance of its leaves is glowing and shiny. They are dark green due to the presence of more chlorophyll. One of the most interesting facts about this plant is its opposite growth pattern compared to other plants. It can grow to be twenty centimeters long and twelve centimeters wide. Each of the leaves contains twelve to seventeen pairs of veins.

This tree has a specific kind of flower. The flowers grow mainly at the tip of branches. Suppose you look at them from far away. They will look like tiny yellow lights sparkling in the sun. They are found in clusters, a bunch of flowers growing at the tips of trees. They have a dark yellow color, just like sunflowers.

This plant requires hot and moisture to grow properly. These factors are the baseline for producing effective Ketum products.

Direct sunlight is the main requirement of the trees as they need it to make their food. It has an active role in operating specific molecules that result in stain formation. This factor is responsible for different vein color formations.

A moisture, humid environment is required to keep the trees in good shape. Their roots anchor in the soil. A lot of water is needed by them.

As the sunlight is more, more heat will be there, and the respiration of the trees will be more. Thus, pressure will be produced, and water will reach the tips of the leaves. The plant is eighty-two feet long, and respiration should be active.

Ketum is an evergreen plant because its leaves grow green every season. It does not require a specific season to blossom and groom. However, this tree has lush green leaves all year long. The leaves grow. They take their particular portion of sunlight and nourish it. If not plucked for the development of Ketum, they change their color and then fall off decay and die.

Kratom FAQs No 2: What do people mean by strains of kratom?

This is the most asked kratom FAQ of all time. This world has been made with so much diversity. He can create unique fingerprints for every person who has lived and create uniqueness in every tree of the same kind. Ketum is a species of long, evergreen trees with rich dark leaves and bright yellow flowers. The leaves are broad and long and medicinal.

The use of this plant has become rapid from the beginning of the 19th century. It possesses medical properties. Most people consider it safe for use. Before freshly washed leaves can be used. This is a natural way of getting rid of your everyday fatigue and can be used for mental relaxation. It works due to active compounds that vary from strain to strain. These strains differ in the type of veins present in them. The vein color is affected by sunlight.

Some of the essential strains of Ketum are listed below.

This is harvested when the leaf is fully matured. The red vein develops at the peak of a leaf’s maturity. Only then is this strain harvested. It has several different types, such as Red Vein Bali and Red Vein Kali. This strain helps in mild stimulation and acts as a sedative.

This strain is harvested when it is in between its mild maturity phase. This vein color lies between red and white color. Farmers harvest these leaves when the color becomes green.

This strain gives calming-like properties. The brain is stimulated just in the same function as drowsy produce it. It is known as a compound of morphine. It is present in it. Its effects are most similar to morphine. Green Ketum is a natural way to reach a specific state, whereas morphine produces harmful effects.

It is a strain obtained when leaves are in an early phase. In that phase, leaves have white veins as they are little exposed to sunlight.

While other strains provide mind relaxing, rest-inducing qualities, this strain gives a dose of energy. It is also known as energy-boosting Ketum. It keeps the user stimulated for hours. It also helps to retain mental focus.

Yellow Ketum is the most overlooked Ketum of the time. People ask many FAQs about Ketum. But not even one person is aware of the origination of this strain. Some people believe it is fermented through mixed red, white, and green veins to form a new compound known as yellow Ketum. Others think that this Ketum is made by plucking the leaves of Ketum late in its life in Spain.

It includes harmonious mind peace. It also proves itself to be a dose of a mild energy boost. Suppose you feel lazy all the time. You should try this one because it will help stabilize your mood.

Kratom FAQs No 3: What compounds give their effects to kratom?

Most of its properties come from an indole-based alkaloid called Mitragynine. It is found abundantly in this plant. This compound is studied for fatigue-releasing, calming, and ache-relieving properties. Thus, making a plant is a good and natural way to use these remedies.

This plant is mainly used from crushed Kratom powder made by its leaves, stem, and veins. The results and the cause used will change accordingly using different amounts of these. The main reason why red leaves have high potency effects is due to a compound called Alkaloids.

Kratom FAQs No 4: Does the national drug authority approve kratom?

Despite having unlimited benefits, it is still not approved by the national authorities. They say that it is still not scientifically supported. Yes! The studies are being done, but it does not mean that kratom is safe to use. It is one of the hottest Kratom FAQs because it is an emerging issue for kratom users.

As it is non-approved, it can cause difficulty for the users and the vendors selling it. FDA, which stands for food and drug administration authority, rules the use of kratom as an unnecessary dietary supplement. They say it is to protect the health of its people.

Kratom FAQs No 5: Which kratom strain is more effective?

We cannot stop ourselves from the comparison. We have to choose just one from several thousand strains to solve our problems. Every strain has its property and has different mechanisms of action. Red strains are considered to be more potent and have adequate high power. Greens are given to boost up the energy, whereas white is called to be premature strains. 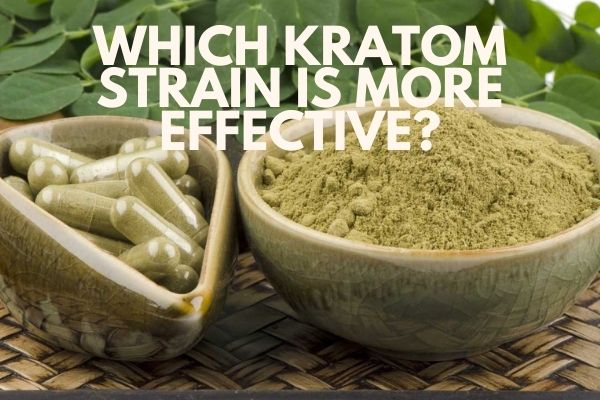 It is still unknown where the Yellow strain has originated from. People are still confused that either it’s mixed up with portions of white, green, and red, or they are due to the presence of a specific compound. Some are used as sedatives. Others are used as relaxing agents. Sedatives are used to remove the unease state. Not only from a patient but also a person was going daily through a hectic routine. This drains all his energy. This variant can remove this unease state and replace it with calmness. Moreover, it can also be used as an analgesic.

The red strain is highly potent. People of different weight, high can use it. It produces its effects readily. Due to its high capacity, it can impact every situation. It can also be taken up before or after eating and any time of the day.

Climate changes do not only affect substances. It also results in different colors of the leaves. Following are the colors red, green, and white.

Thus, this strain provides the most readily asked Kratom FAQs of all time. This provides a detailed answer to the questions asked above.

Question no 1: Does sunlight affect the veins?

Yes! it affects the veins and also the properties of the leaves

Question No 2: What kinds of bentuangie kratom are present in

They include red veins. Some of them can be green-veined, and others could be white; yellow is still not found.